What will the significant changes be in 2020? NQF, CCS/ACCS, Preschool Funding, NCC, etc

After two elections, the Review of the National Quality Framework (NQF) being underway, the future funding of the Australian Children’s Education and Care Quality Authority (ACECQA) ending on 30 June 2020, proposed changes to the National Construction Code for services in high-rise and multi-storey buildings, another review of the Universal Access National Partnership, one could very well be forgiven for thinking that 2020 is shaping to be a very significant year of changes.

The Australian Childcare Alliance (ACA) NSW and our interstate colleagues have been on every one of those battlefield frontlines and we provide a brief on what changes might occur. All of ACA NSW’s submissions and advocacies can be found on its website (www.nsw.childcarealliance.org.au). 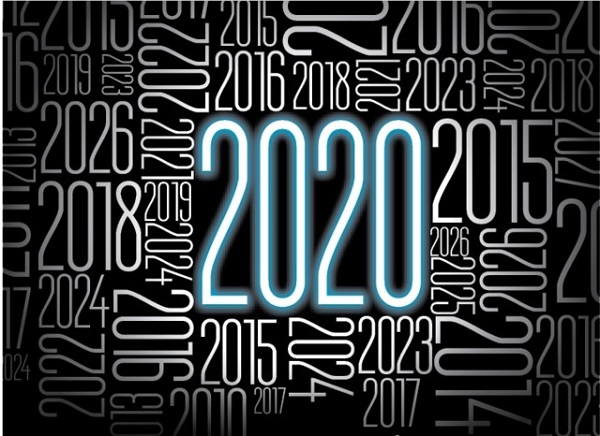 You will recall that in May 2018, the Federal Government announced that it will not be renewing the National Partnership Agreement on the National Quality Agenda for Early Childhood Education and Care. This meant that after 30 June 2018, the NSW Government had stopped receiving $6.9 million (of which $2 million would normally be redirected to ACECQA).

Although the NSW Government was obliged to fund the shortfall of $4.9 million annually since, the discussion appears to have morphed into new and increased fees, fines and penalties targeting repeat non-compliant offenders.

Everyone would agree that all services ought to comply with the National Law and National Regulations. That said, ACA NSW’s significant concern is that without the appropriate transparency, accountability, checks-and-balances, there could be an increase in the number of non-compliances that correspond to an increase in revenue for the Regulatory Authority.

As part of the Review of the NQF, it would seem that the NSW Department of Education is looking to streamline its processes so that approved providers can be approved faster. This of course is a good thing. However, why does it continue to oblige existing approved providers to take the test whenever possible on the basis of risk? If they are at risk, should the Regulatory Authority already have adequate powers to address the deemed risky approved provider?

Under the Education and Care Services National Regulations, Regulation 108 states that education and care premises has at least 7 square metres of unencumbered outdoor space.

However, predominantly in central business districts and inner-city areas, we have noticed a rising trend of the NSW Department of Education approving waivers to Regulation 108 and allowing new childcare services to have lesser access to outdoor spaces if at all.

As an example, during the calendar years 2017 and 2018, there were 384 new NSW-based childcare centres approved, along with 73 centres that were granted a waiver to comply with Regulation 108, with 42 centres still operating with such a waiver in force.

ACA NSW has long argued that the NSW Department of Education should publish the reasons for the waiver, and is concerned about those children who may now have less access to sunlight.

As population density increases especially in Australian cities, it is understandable that new services could be in high-rise and multi-storey commercial and residential buildings. It is therefore pleasing that the Review of the NQF has included the question of whether emergency and evacuation requirements are adequate.

Coincidentally, the Australian Building Codes Board released in September 2019 its first amendment to their National Construction Code (aka Building Code) to recommend changes to address the alleged risks to children in high-rise and multi-storey commercial buildings.

ACA NSW welcomes those discussions but is disappointed that there has been inadequate consultation with and testing by the sector as to whether proposed solutions would work in every services’ environments. We are gravely concerned that at best they could be marginal solutions, but at worse those untested solutions may introduce more hazards than solving the risks.

In the first 12 months of the “new” “streamlined” National Quality Standards from 1 February 2018, NSW had 57.1% of already existing Exceeding rated services who were re-assessed were re-rated lower to either Meeting or even Working Towards.

There are also a number of other disappointments about the assessment and rating outcomes in NSW compared to other Australian states. And therefore it comes as no surprise that there is near universal loss of confidence about the subjective and inconsistent nature that is assessments and ratings in NSW where services tend not to promote their ratings, nor do most families understand or appreciate it.

ACA NSW was refused by ACECQA and the NSW Department of Education when we asked for access to the same training as their assessors so that at least services could be on the same wavelength.

Australian governments generally avoid intervening in the marketplace unless absolutely necessary. So it is somewhat ironic when government policies are significantly increasing supply, thereby seeing now 94% of centres declaring vacancies (the highest in 6 years), and fees are still increasing.

The Federal Minister for Education (the Hon Dan Tehan MP) invited ACA NSW in September 2019 to begin a dialogue with his Department with a view of enabling the government to release more aggregated and deidentified market information so as to help the market understand their risks of entering an area where there is already an oversupply of services. This is a promising start.

The first legislative amendment will be increasing the number of weeks from 8 to 14 before an enrolment ceases due to non-attendance which will dramatically reduce the administrative burden on families and service providers. This will be particularly beneficial for children who only utilise vacation care.

The government will also be refining absence provisions via Minister’s Rules which support payment of CCS when a child is absent at the beginning or end of their enrolment. It is hoped that the Rules, once developed, allow for circumstances beyond a parent's control which can result in CCS not being paid such as illness, public holidays and the sale/transfer of an early learning service, as well as allowing families to provide adequate notice to their service provider.

The removal of the 50% limit on the issuing of Additional Child Care Subsidy (ACCS) (Child Wellbeing) certificates will also support better access for our most vulnerable children.

However, the federal government still has not addressed:

ACA NSW submitted in October 2019 that the NSW Government ignored its own Review of NSW Government Funding for Early Childhood Education report by Professor Deborah Brennan in 2012 which recommended that the subsidy for long daycare providers be set at about one-third of the subsidy for (community) preschools. This would place long daycare funding for NSW children for the year-before-school to be about $1,729 and not what is currently $459 per child per year.

ACA NSW was the only peak body at the NSW Budget Estimates Hearing on 4 September 2019 at the NSW Parliament House. During which, the NSW Minister for Education and Early Childhood Learning (the Hon Sarah Mitchell MLC) clarified that "... it is not [for] every parent in every public primary school" and OSHC services will be available "... where there is demand for those services".

This was different to the NSW Coalition’s election campaign announcement on 10 March 2019 that out-of-school-hours-care "... will be made available to all parents with children at public primary schools by 2021" and "public primary schools in Sydney, Newcastle, Illawarra and the Central Coast as well as major regional centres, will be required to open their playgrounds, halls or classrooms for before and after school care and school holiday care from 7am to 6pm to make life easier for families. Before and after school care services are available to primary school-aged children".

Notwithstanding, ACA NSW has offered to NSW Minister Mitchell to help the NSW Government develop an appropriate implementation that would meet the needs of children and their parents, as well as existing and new OSHC service providers.