Through the Federal Government, a review of the Universal Access National Partnership was commissioned to the Nous Group. Their consultation began on 6 September 2019 with a Discussion Paper with submissions to be received by 6 October 2019. 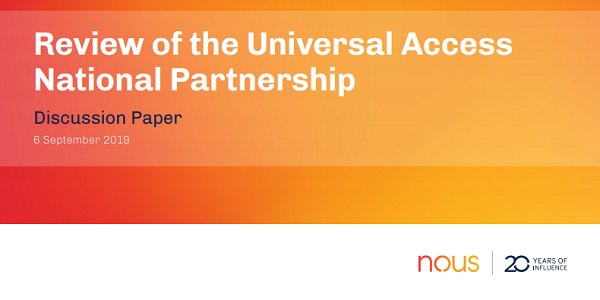 The Australian Childcare Alliance (ACA) NSW surveyed its members about Universal Access and the corresponding Start Strong funding in NSW, and made its submission on 6 October 2019. 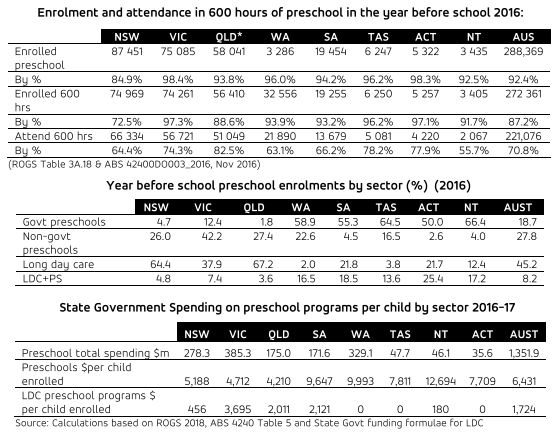 The irony is that the NSW Government's own Review of NSW Government Funding for Early Childhood Education report (original webpage) by Professor Deborah Brennan in 2012 recommended that the subsidy for long daycare providers should be set at about one-third of the subsidy for (community) preschools. This would place long daycare funding for NSW children for the year-before-school to be about $1,729 and not what is currently $459 per child per year.

ACA NSW has continued to ask both the NSW Government and the Federal Government for a fairer treatment of NSW children in their year-before-school like their same cohorts in all other states and territories.